Sydney is back with Vivid for its 10th annual celebration and the city will once again be lit up from the 25th of May until the 16th of June!

Not too long ago, lighting designers, Mary-Anne Kyriakou and Bruce Ramus, who collaborated with English musician, Brian Eno projected light paintings onto both sides of the opera house. The idea of this festival was introduced by the NSW Tourism Board as a part of an initiative to attract more tourists. And what started as a Smart Light Festival for energy efficiency in 2009 has now, turned into a world famous exhibition with some of the most fascinating light installations and sculptures that attracts over millions of people to the city every year. This 23-day festival, full of light and music, exhibiting some of the most creative minds bridges art, technology and commerce together. It’s more than just lit-up displays, it’s also a platform where leaders come together and share their innovative ideas with everyone. And the best part is, all the installations on the streets all over the city are all free!

The success of this festival was not all that glowy at the beginning. Punters who were asked to get involved in the festival were highly confused about the entire idea and concept behind Vivid. But what made Vivid find its voice is the Vivid Ideas, where innovative ideas are shared and the whole exhibition was made in such a way that everyone could participate.

How has it changed over the years?

In 2012, the festival attracted more than 500,000 visitors and Janelle Monae, an American R’n’B singer gave one of the most memorable performances at Vivid.  In 2013, the numbers increased to 800,000. In 2014, the festival teamed up with The Star and Carriageworks. In 2015, Vivid took a bigger step to include musical events and held multiple talks, making it more dynamic.

What to expect this year?

This year, Vivid is showcasing over 317 events. And at least 100 of them will all be magnificent light works! The Opera House is obviously lighting up, but not just the harbor area is to look out for. Australian collaborative team Kathryn and Martin Bevz are bringing their ‘Light-Hearted’ installation in Chatswood. They are combining their backgrounds in teaching, architectural science and illumination design to create installations that focus on simplicity. Taronga Zoo is having its wild light displays with ‘Lights of The Wild”, where their displays will be all about animal conservation.

Carriageworks is returning with its 4th ‘Curve Ball’- the warehouse party of the year, featuring a performance from FKA Twigs.

Let’s say, a lot is going to be hot and happening, but navigating your way through Vivid is not that easy. What used to be a quiet winter evening around the harbor area in the city now buzzes with people. So early in the evenings or weeknights are best times to go! Take the public transport or pre-book parking, or else it’s going to get really hectic! Make sure you eat first and hit up the popular installations first and try to be there before the lights are on!

Book your accommodation now on Aabode.com to make the most out of Vivid Sydney 2019 make some bright memories!

Blackdog Surf School Byron Bay, a local family business who have been sharing their love of surfing through high quality lessons since 2001. 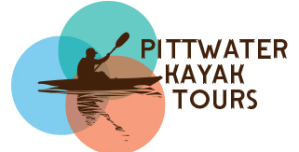 Pittwater Kayak Tours is a new small business to the area that aims to provide our customers with the opportunity to enjoy the outdoors in a safe and fun environment and suits all ages and abilities – it’s a kayak adventure tour!